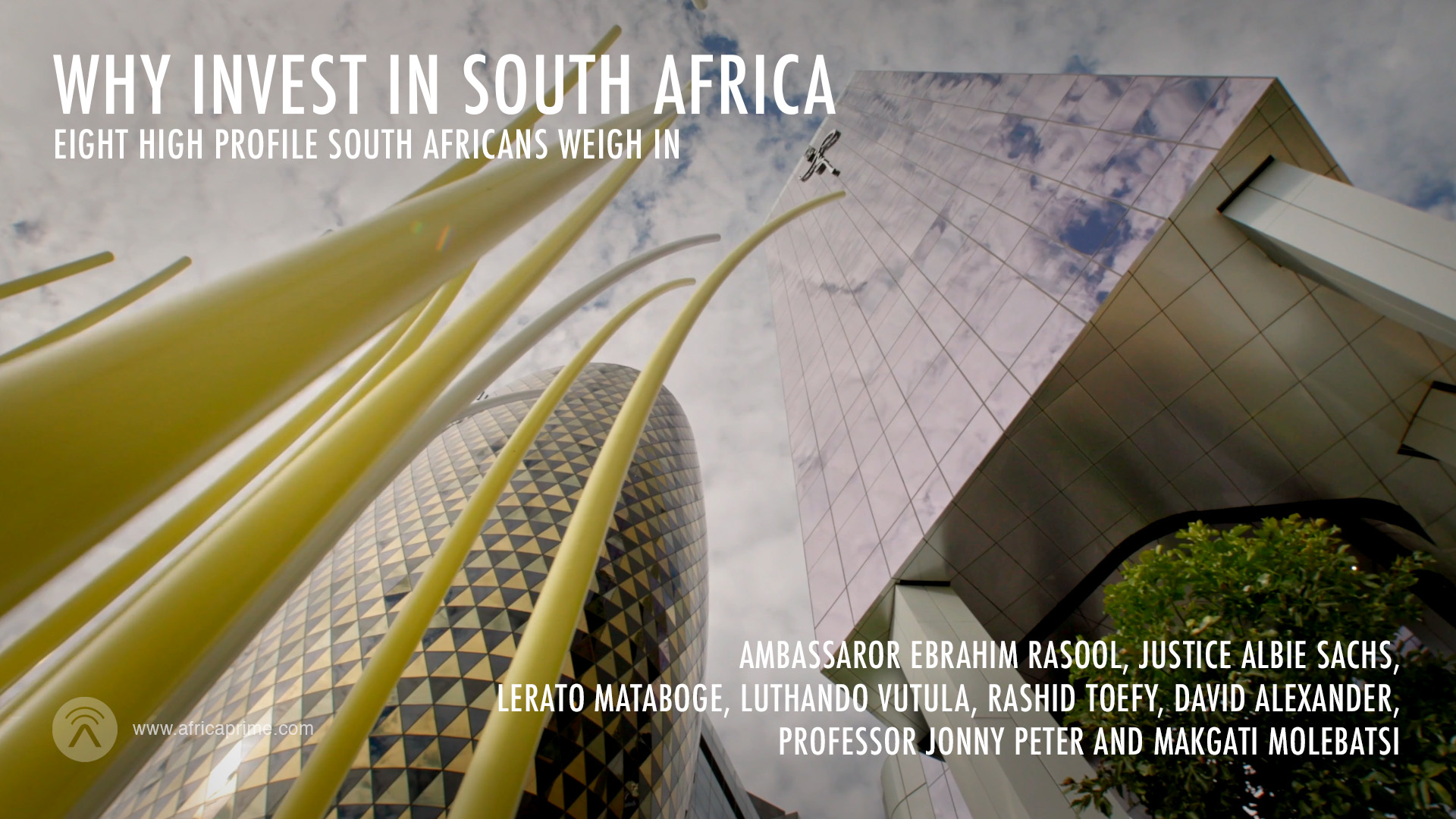 Why Invest in South Africa in 2022. The country has a well-developed infrastructure and world-class financial sector to support business activities, and is one of the highest ranking African countries on the ‘ease of doing business’ index. It is the primary signatory to the Africa Continental Free Trade Agreement act, and the ‘soft-landing’ for new investors into the rest of Africa. In this insightful 40 minute documentary we explore the views of 8 prominent leaders in the fields of business diplomacy, governance, trade and industry, infrastructure, science, research, music and art.  (Director: Chris Casalena, DoP Daniel Walsh) 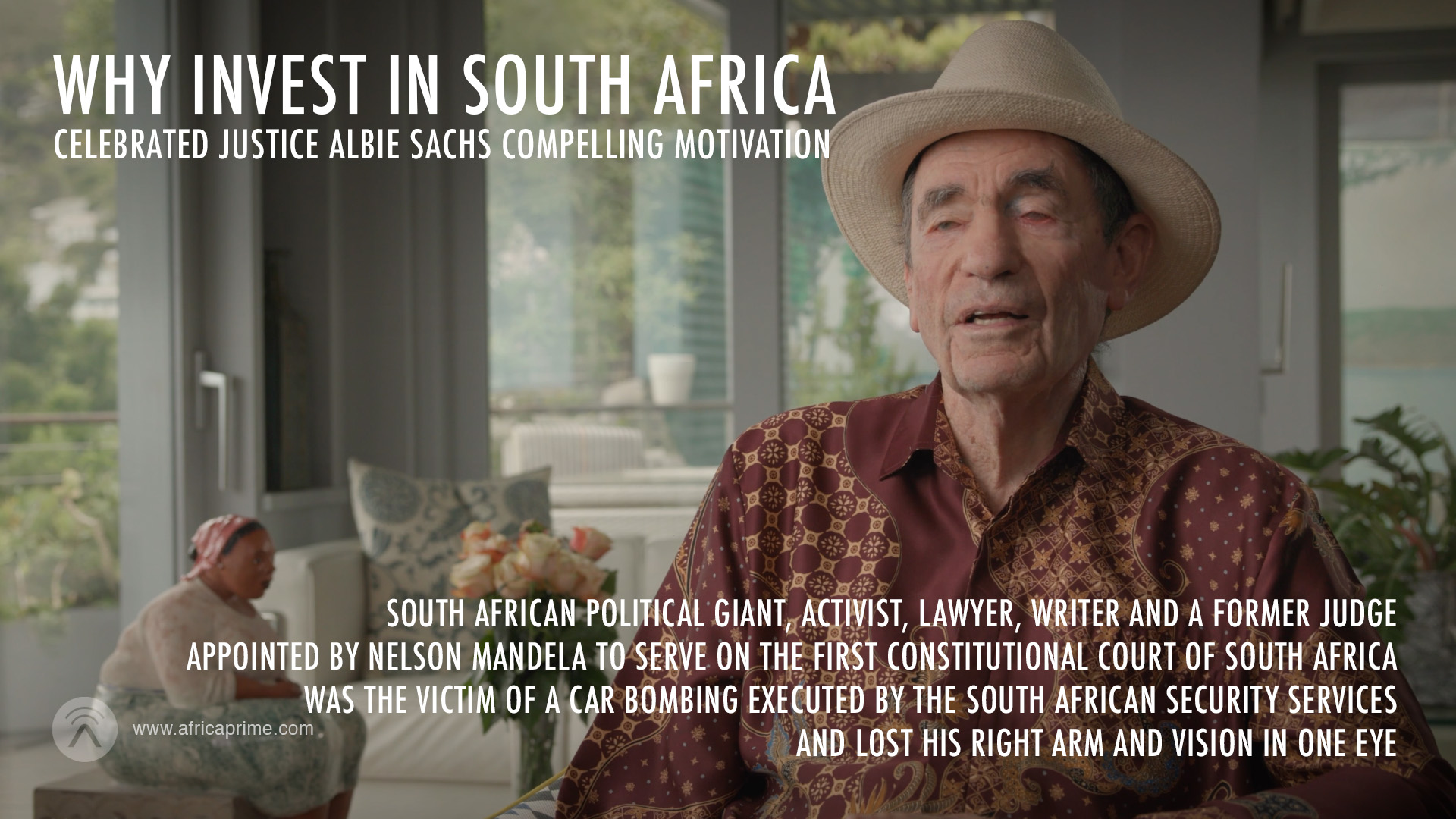 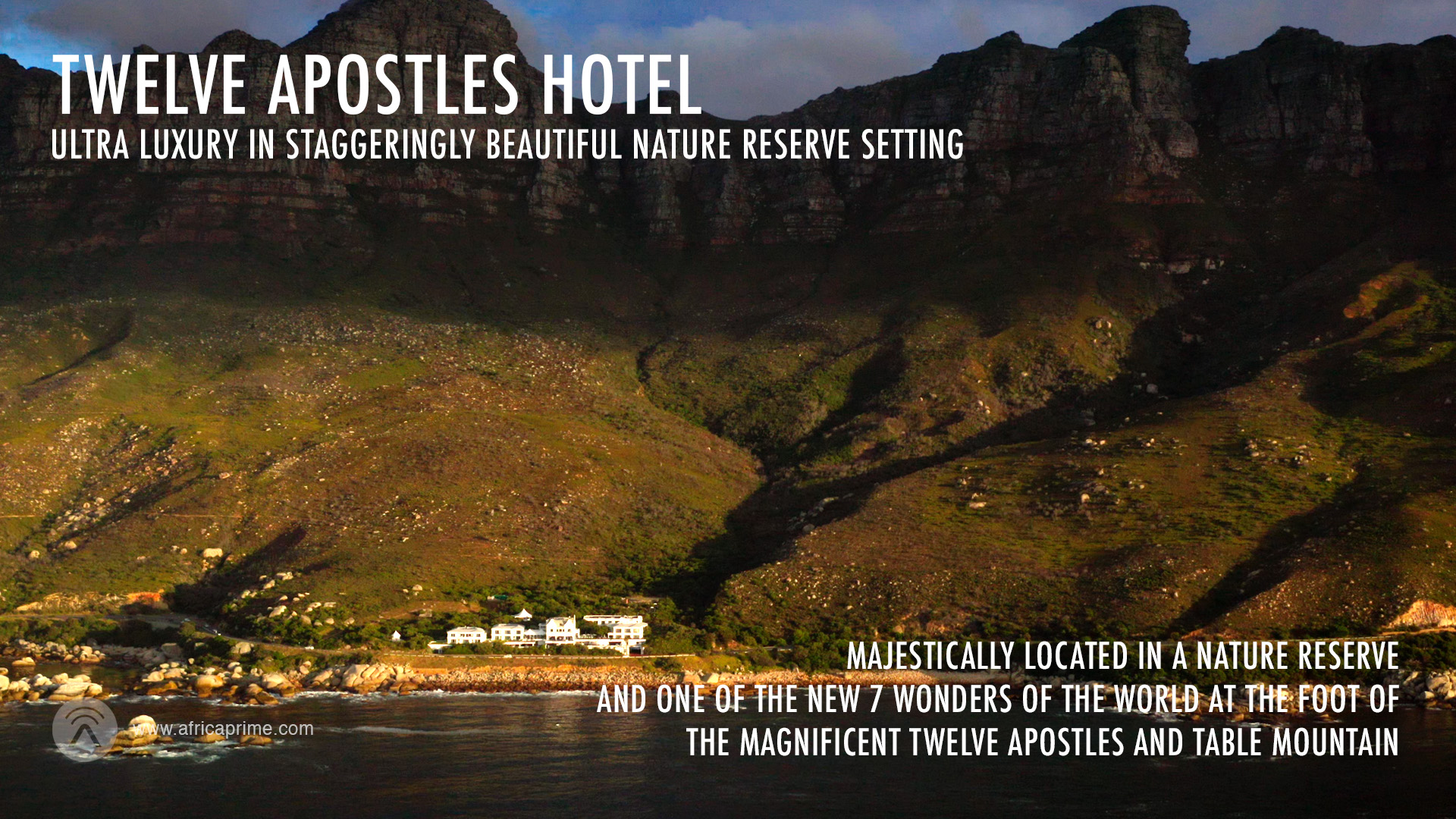 The Twelve Apostles Hotel (30 minute documentary for USA Market) An African Treasure and Export found in Cape Town. A South African hotel group that has won numerous international awards primarily because of its people. The sought out, African expertise and people-focus culture of the Twelve Apostles Hotel staff has been exported to the UK. This documentary presented by the Red Carnations Group Manager, Michael Nel, highlights what makes this spectacular hotel so unique. Majestically located in a nature reserve and one of the new 7 wonders of the world above the Atlantic Ocean, flanked by the magnificent Twelve Apostles and Table Mountain. (Director: Chris Casalena, DoP Daniel Walsh) 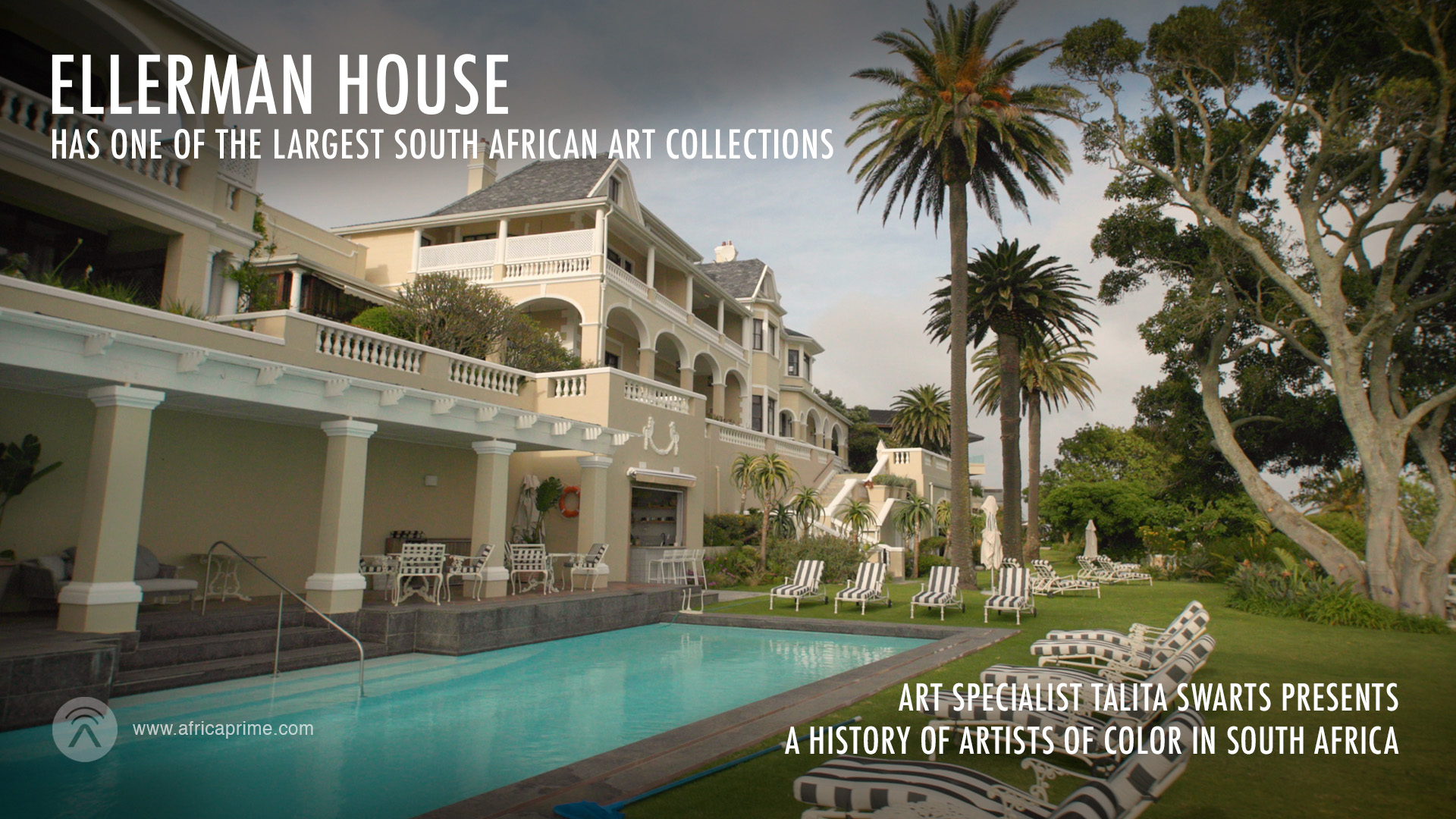 Ellerman House, Cape Town: The South African Pioneer Artists of Color (40 Minute documentary for USA market) The documentary presents a history of artists of color in South Africa. These artists laid a foundation that influenced many great modernists and contemporary artists, such as internationally acclaimed William Kentridge, whose father was the anti-apartheid lawyer who defended Nelson Mandela at the Rivonia trial. During the apartheid years people of color were not allowed to go to universities to study art. The art collection at Ellerman House is vast with over 1000 pieces. Paul Harris, the owner of Ellerman House focused primarily on South African art and acquired the collection over several decades. The collection gives a better overview of the history of South African art than any of the institutional art museums. Talita Swarts, the owner of Art Route in Cape Town, presents the documentary. (Director: Chris Casalena, DoP Daniel Walsh) 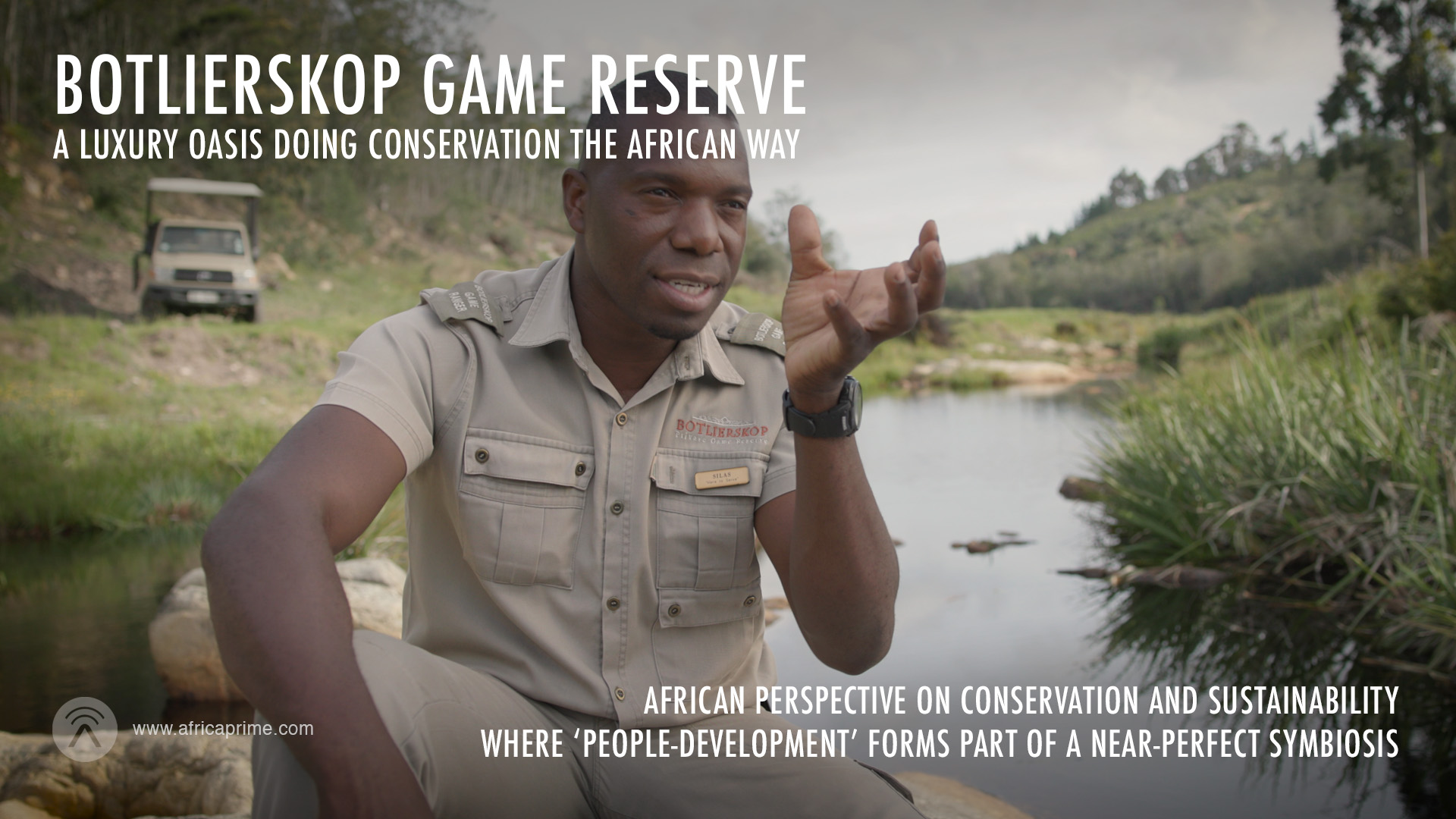 Botlierskop Game Reserve. A luxurious African oasis that redefines conservation. (30 minute documentary for USA market) Botlierskop does it differently. Here’s a creative African perspective on conservation and sustainability, where ‘people-development’ forms part of a near-perfect symbiosis. The owner, Arnold Neethling is a builder of buildings, vision and of people. Arnold believes that true empowerment is training up people and letting go. Yes, there is a risk they may make mistakes, but it’s their mistake to correct and take ownership of. He grew this magnificent, luxury game farm from employing 4 people twenty years ago, to over 180 people today. In this interview Arnold also questions why the world feels they can dictate conservation policies to Africa when they have no vested interest in Africa. He also questions the motive behind some so called conservation organizations. Meet Silas Sibanda, a charismatic, enthusiastic, college-trained game ranger who is living his life-passion at Botlierskop. Silas was part of a Botlierskop program to release previous zoo elephants successfully back into the wild.  (Director: Chris Casalena, DoP Hayden Brown) 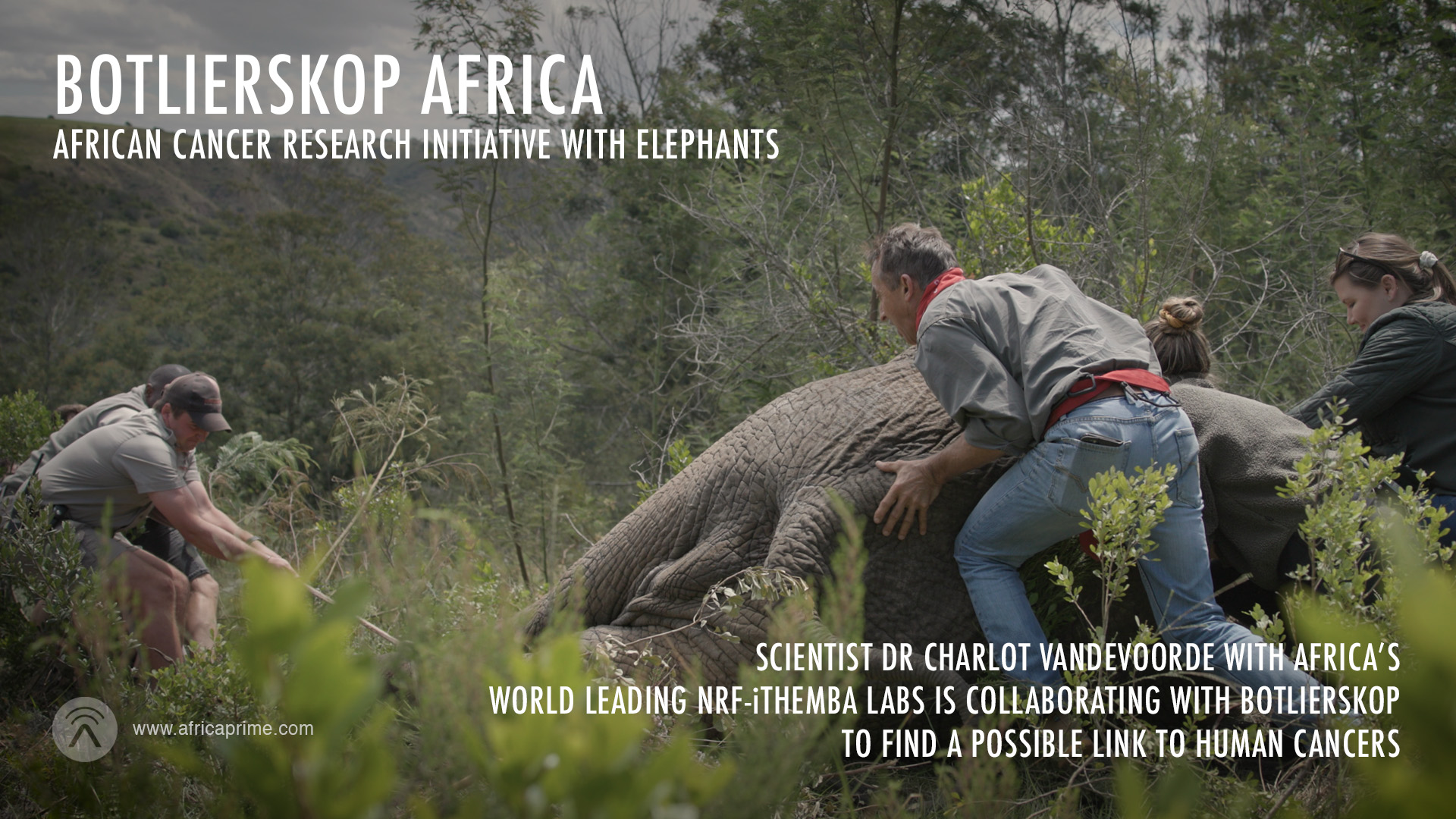 An African Elephant-Human Cancer Research Initiative. Botlierskop’s conservation efforts reaches out across Africa. It has been discovered by scientists that elephants are cancer resistant. Scientist Dr Charlot Vandevoorde has started an ambitious African project collaborating with Botlierskop, to find a possible link to human cancers, and hopefully contribute to bringing about a cure for cancer. In this video meet international veterinary Dr Willem Burger, who partners with Dr Vandevoorde in collecting blood and skin samples from free-roaming elephants at Botlierskop Game Reserve. The entire process is a race against time as the blood samples need to be process with a few hours of collecting them. This is to prevent blood coagulation. Working with Africa’s only, and world pioneering NRS-iThemba LABS, the samples are processed by Dr Vandevoorde and her team. View dramatic footage of a unique elephant darting, where one of a family of elephants is darted – but its family members want to come to its rescue. Elephants are herd animals and their instinct is to protect each other. A helicopter with eyes on the other elephants had to be used to make sure they did not come too close, and possibly endanger the lives of the vets who were conducting the procedure on the darted elephant. (Director: Chris Casalena, DoP Hayden Brown) 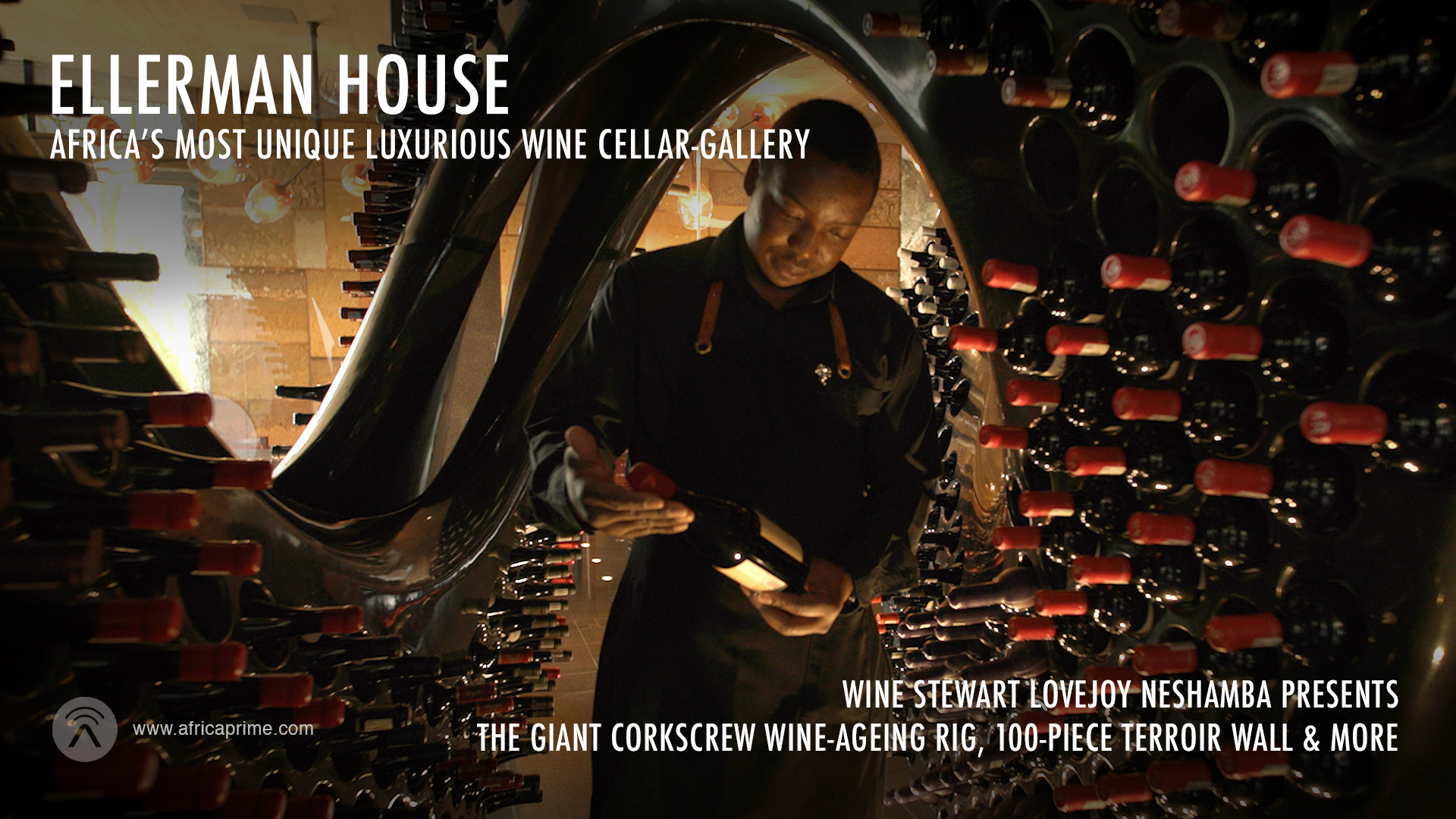 Ellerman House, Cape Town The Wine Gallery (12 minutes documentary fopr USA market) Meet Zimbabwean Wine Stewart Lovejoy Neshamba. The Ellerman House wine gallery holds art pieces unlike any other wine cellar in Africa. A gigantic corkscrew sculpture holding several hundreds of bottles of wine, housed in a temperature controlled glass room. An entire wall, made up of 100 bronze frames, displaying the soil material from a 100 different wine estates in the Cape Town region. A magnificent, glass-blown elegantly-styled, brandy bottle display on a wall, showing the maturation from 3 to 20 years in different colors. A life-size 1000 piece bronze Pinotage Vine that will turn green with age. A wine cellar of over 9,000 South African red and white wines including a champagne and MCC cellar. Zimbabwean Lovejoy Neshamba talks us through these as well as his personal unique journey. (Director: Chris Casalena, DoP Daniel Walsh) 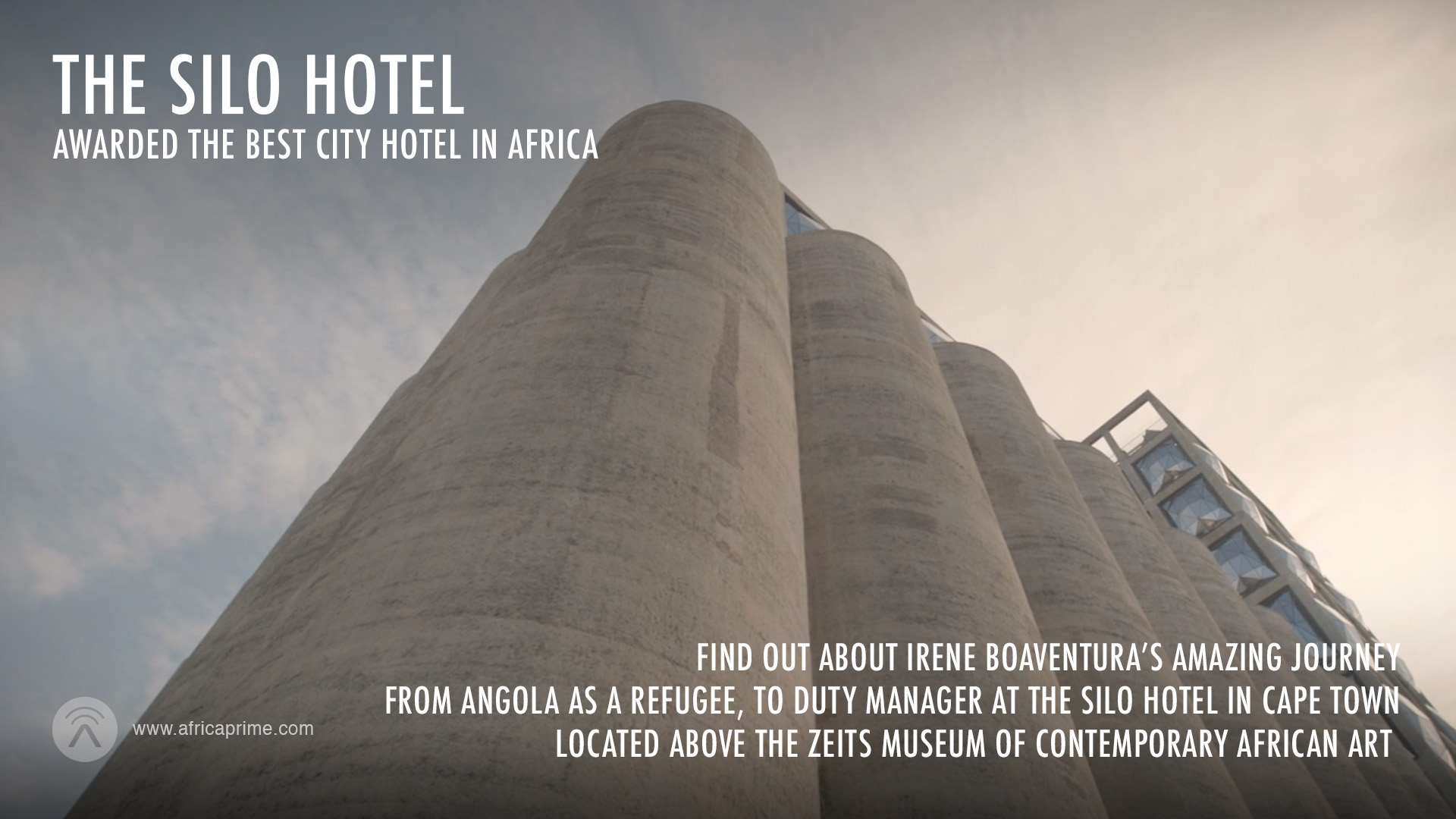 After being awarded Condé Naste ‘Best Hotel in the World’ for La Residence Hotel in 2013, the Bidens pitched for The Silo Hotel at Cape Town’s V&A Waterfront. They won the contract, up against some of the best hotel chains in the world. Today the Silo Hotel celebrates its 5th anniversary, setting a new standard for luxury accommodation in Cape Town.  The SiloHotel has been built in the grain elevator portion of the historic grain silo complex occupying six floors above Zeitz Museum of Contemporary African Art (MOCAA) which houses Africa’s largest collection of contemporary African art. In this video we introduce Luis Pinheiro, the Silo Hotel’s General Manager and Irene BoaVentura, their Duty Manager and Art Concierge. Luis, who has a legendary career in the hospitality industry, attributes the success of The Silo Hotel primarily to its staff. Find out about Irene’s amazing journey from Angola entering South Africa as a refugee at the age of 8 with her younger brother. In the civil war in Angola, Irene lost both her parents. Her courage and determination, placing her little brother’s career and education over hers, whilst working three jobs to achieve this, reveals a heart and ethic that truly celebrates the best of Africa. (Director: Chris Casalena, DoP Daniel Walsh)